Note, that there have been sales of this etching with an edition of 45.  Field provides information of an edition published in 1975 by Levine and Levine in brown.  Dali signed 200 of these.  However, there is no mention of an edition in black.

Dalí was known for his role in Surrealism. He was also a seminal example of celebrity showmanship. Subsequently the cult of personality is a phenomenon that dominates popular culture today. Dali was always a colorful and flamboyant presence. This is reflected by his signature cape, wide-eyed expression and trademark upturned waxed mustache. Dalí was a master of self-promotion and spectacle.
Click on this link for additional background information on Salvador Dali.

This is the tirage for Salvador Dali Don Quichotte

Call us for more information.  The etching is Available!!! 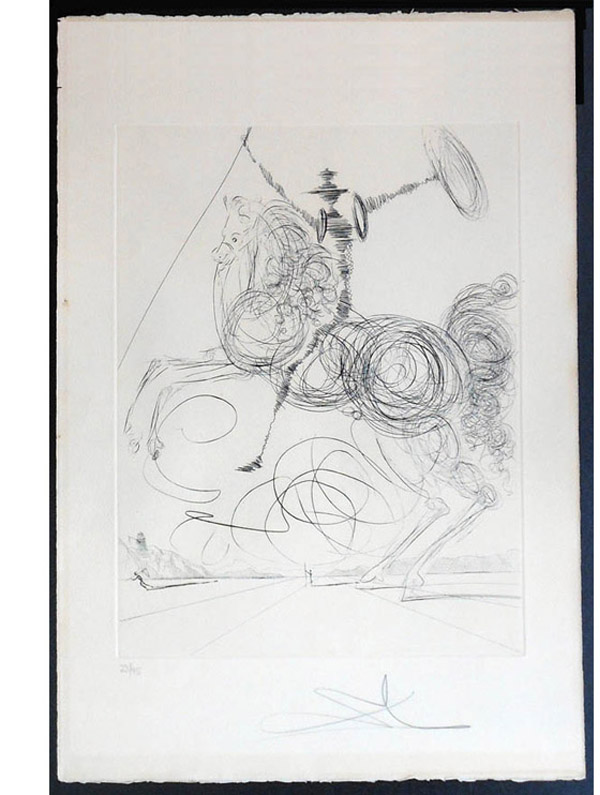