Louis Icart – French (1888 – 1950)
Louis Icart erotica etchings were created of women from the art deco period. His art epitomizes the image of the female form during that time, and he often used his wife Fanny as his model. He used a combination of techniques to create over 500 etchings. These include drypoint, etching, and sugaring. Each etching was enhanced with hand coloring. While he generally hand signed his etchings in the lower right corner he usually didn’t do the hand coloring. This would have been done by his studio. Also, after the early 1920s he didn’t number the etchings. This is surprising in that almost all Louis Icart etchings have some type of numbering in the lower left. This numbering may have been done by the the seller, the owner, or anyone would contacted the etching. Some etchings have numbering that was done recently by the seller. This is often the case when someone sells an etching at auction or on-line. The numbering is seen as an enhancement to the etching. It actually defaces the etching.
Click here for more information on Louis Icart.
Before buying a Louis Icart etching, read what you need to know, (click here).
Call us for more information. 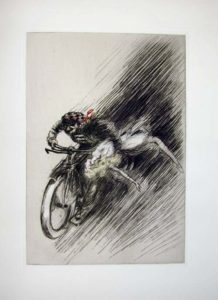 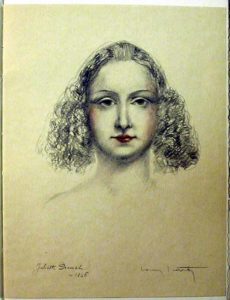 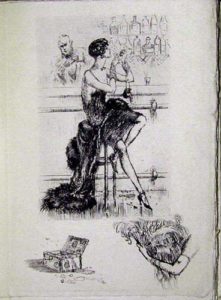 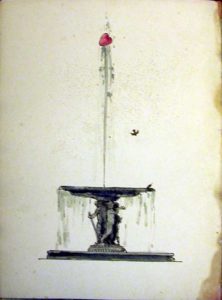 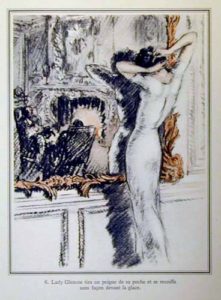 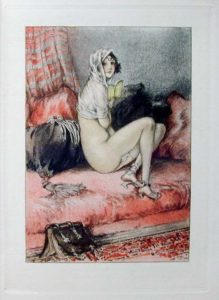 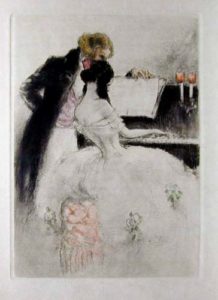 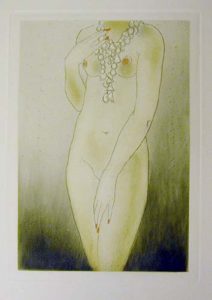 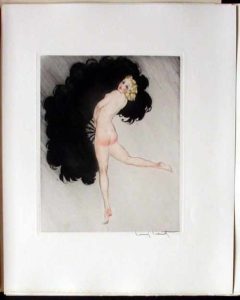 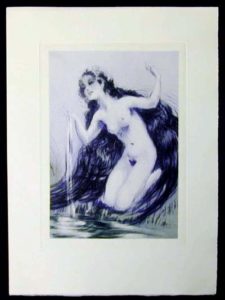 Louis Icart Leda and the Swan
1940 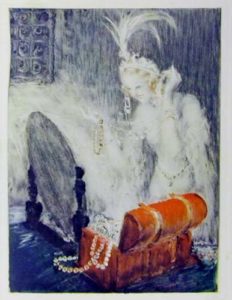 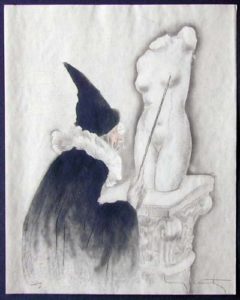 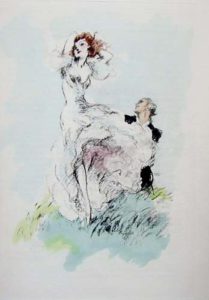 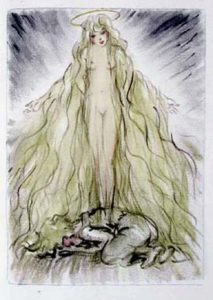 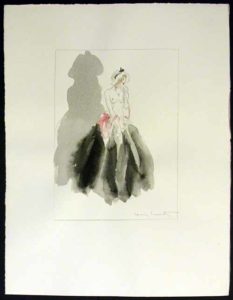 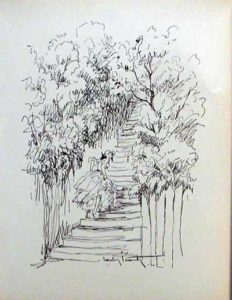 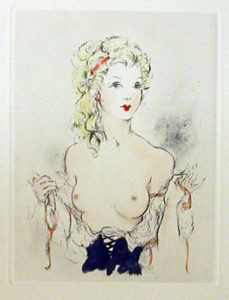 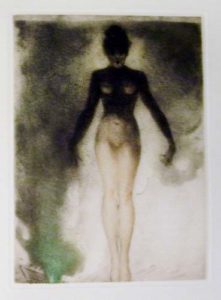 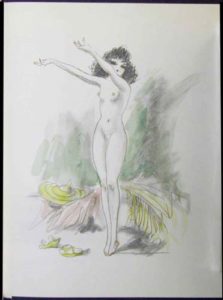