Using the drypoint process, Icart could sketch an idea onto a blank copper or zinc plate. For this, he used a diamond point or another sharp tool. Accordingly, the incised lines would then hold and print the ink. Etching lines are created by using an acid to dissolve the plate in areas that are uncovered. The etched lines are typically the same width from one end to the other. Whereas drypoint lines vary in their width, darkness and may actually be missing is some areas. In the first runs of the plate, the edges of the lines with exhibit feathery appearance. 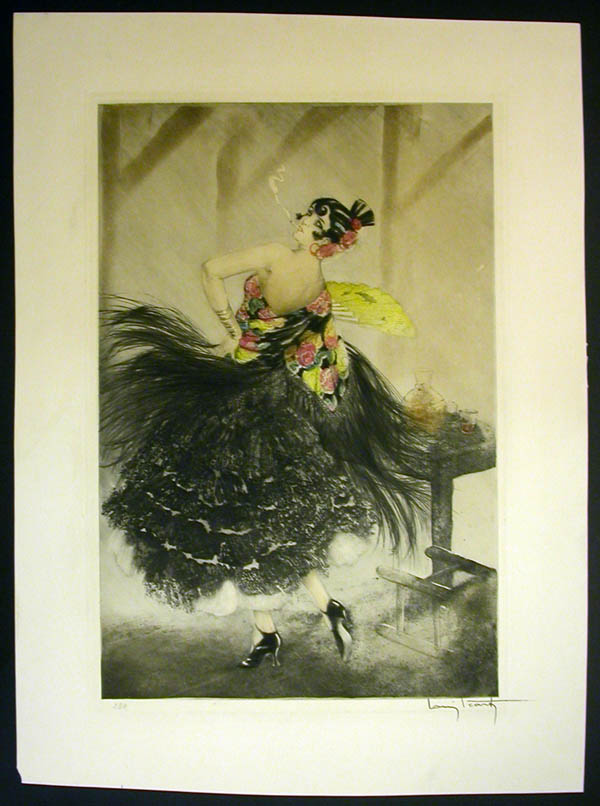