The Salvador Dali St George and the Dragon etching was printed in 1947.  The Print Club of Cleveland published the etching in 1947.   The total tirage is 260.  This number includes proofs. This engraving is on J. Whatman wove paper.  Additionally, Salvador Dali signed the etching with 1947 in the lower right. The etching is not numbered.  This is a requirement for this etching. The image size is 17 3/4 x 11 1/4″.  Also, the sheet is 22 5/8 x 15 1/4″.  In the images below we show detail from the etching.  These include the watermark, signature with date, and the print club stamp.

We guarantee the Salvador Dali St George and the Dragon etching to be authentic.  Read the terms for the guarantee.  We provide a Certificate of Authenticity.  There is a link on the main Dali page.

Salvador Dalí was born on May 11, 1904, in Figueres, Spain. From an early age, Dalí was encouraged to practice his art. He eventually went on to study at an academy in Madrid. In the 1920s, he went to Paris and began interacting with artists such as Picasso, Magritte and Miró.  These interactions led to Dalí’s first Surrealist phase. He is perhaps best known for his 1931 painting The Persistence of Memory.  This painting shows the iconic image of melting clocks in a landscape setting.  Dali used the melting clocks in several of his later works. The rise of fascist leader Francisco Franco in Spain led to the artist’s expulsion from the Surrealist movement.  However, that didn’t stop him from painting. Dalí died in Figueres in 1989. Click on this link for additional background information on Salvador Dali.

The basis of the story

Precipitating from around the 10th century the legend of George slaying the dragon became a story that spread from the eastern regions of the Middle East, through Europe via the Crusades. The dragon represents evil.  St. George represents the guardian angel of Aragon.   The story is that a monster besieges Selem.  To save the town, one of the youngest was sacrificed to the monster.  However, when the daughter of the king was to be sacrificed, St. George rides to pacify the dragon.  The dragon is then led to the town, and the population converts to Christianity.  Eventually, St. George kills the dragon.
For additional background information click on this link for more information.

Dali represents this event in the 1942 painting in oil on ivory and again in the etching from 1947, Salvador Dali St George and the Dragon. He repeats the theme in several addition works up to 1978.  The publication dates for the others are 1973 and 1978.  The later works are poor copies of the 1947 version.

Call us for more information.  The etching is Available!!!

St. George and the Dragon 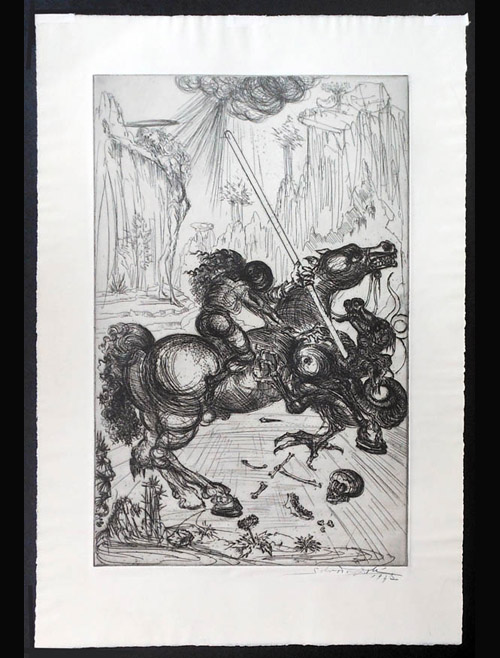 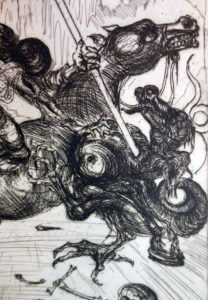 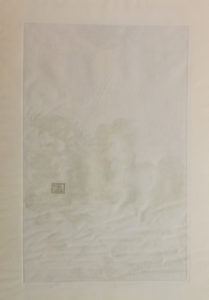 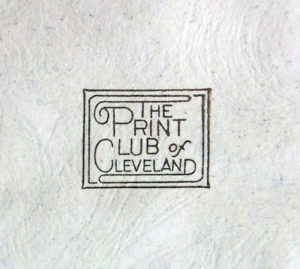 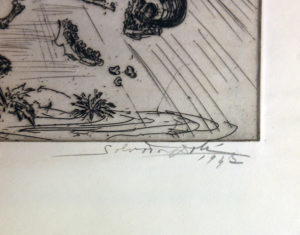