The Louis Icart Golden Veil etching epitomizes the depiction of women during the art deco period.  Additionally, the French title is Meditaiton.  The image size is 25 x 18 3/4.”  Plus, a notation “Copyright 1931 by L. Icart, Paris” exists.  See the upper left. 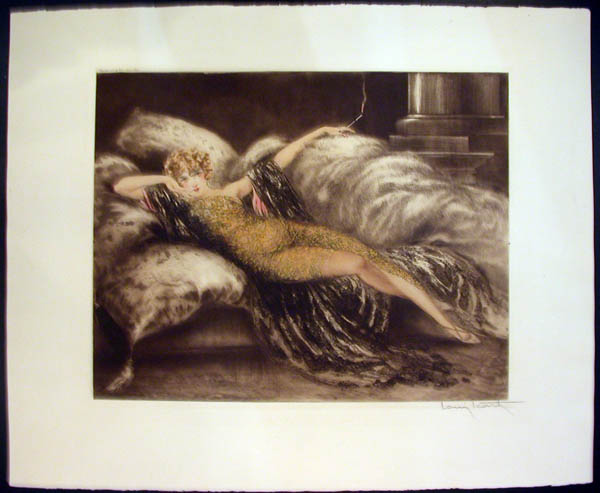