The Twelve Tribes of Israel was published in 1972.  The suite we have contains an introduction by Aba Eban followed by the portfolio with complete text in French and Hebrew with 13 engravings. Additionally, the text and engravings are enclosed in a cream colored portfolio case. The sheets have full margins and the sheets are loose as issued.  The sheet size is 19 1/2 x 14 5/8 in. This version of the Twelve Tribes of Israel is one of XXXV copies on Arches.  The text is in French and Hebrew.  Also, Transworld Art published the book.  Salvador Dali signed the engravings.   Each sheet bears the copyright notice of Dali.  Furthermore, the Frontispiece, which is the 13th etching, has the symbols of the twelve tribes.

Dalí was known for his role in Surrealism. He was also a seminal example of celebrity showmanship. Subsequently the cult of personality is a phenomenon that dominates popular culture today. Dali was always a colorful and flamboyant presence. This is reflected by his signature cape, wide-eyed expression and trademark upturned waxed mustache. Dalí was a master of self-promotion and spectacle.
Click on this link for additional background information on Salvador Dali.

1) The complete suite of the Twelve Tribes of Israel with engravings, text, justification, and portfolio case.  This suite is Available;

E-mail for Price and condition report for the Twelve Tribes of Israel. Call us for more information. 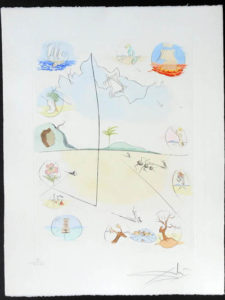 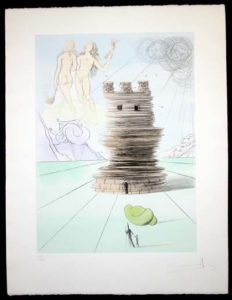 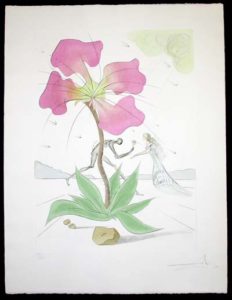 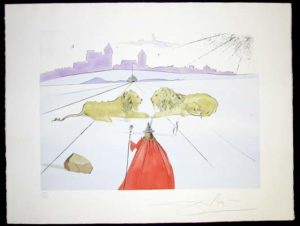 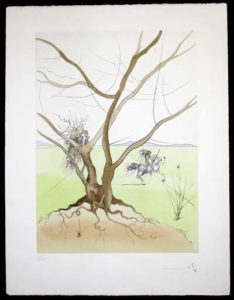 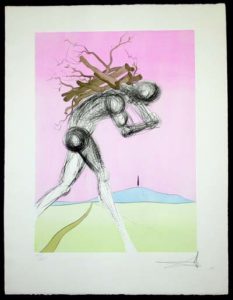 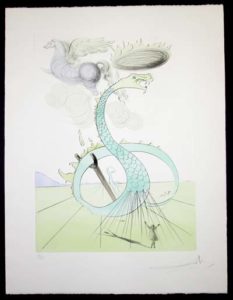 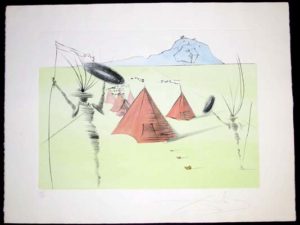 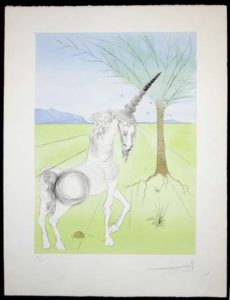 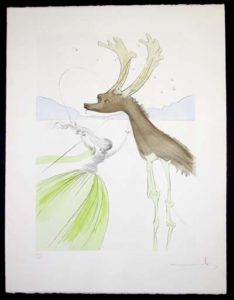 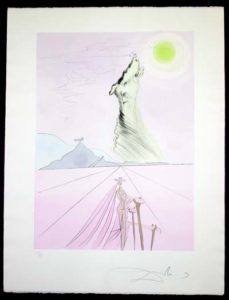 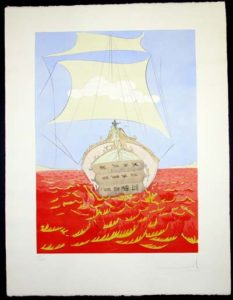 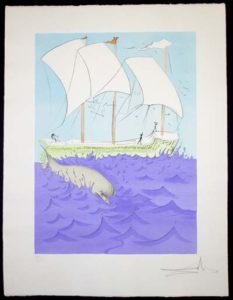